After four years of continuous presence on the island of Tinos, Kinono Tinos Art Gathering introduces this year’s Thematic Series of “Four (plus one) elements”, which will last for a whole year, through four different seasons, until the fall of 2020.

Κinono borrows the four elements of earth, fire, water and air and adds the element of time, on two tokens, one as the alternating seasons of the year and two as the season of human intervention on natural and cultural landscapes. This way it wishes to draw the attention of artists, scientists, philosophers and researchers to the dual passing of time and to the particular atmosphere and characteristics of the island of Tinos.

The theme of 4+1 elements is a proposal which aims to integrate the landscape itself to our concept of space, time, energy. The 4+1 elements project will delve into the relationships between the modern interdisciplinary scientific practices of visual arts, research, humane sciences, and new media, time and place expression through the islands material environments. Those environments vary: constructed or natural, both interior and exterior, urban and agricultural, material and immaterial as well as comprised by a complex of places, historical buildings, natural landscapes. It is a project that aims at researching and absorbing both the landscape-nature-time in our concept for time and space, material and tradition, matter, energy, natural resources and the environment with activities, processes and narrations coming from experimental, imaginative, descriptive ways for creating an environment.

In order to implement this year’s thematic series, “Kinono” is making an open call for the formulation of proposals / projects by choosing one of the following four elements: Fire (winter), Water (spring), Air (summer), Earth (Autumn) , to be created (through resident-hospitality) and presented respectively in the months of: January, April, August, October 2020 in different locations and buildings throughout the island of Tinos in relation to their respective elements. 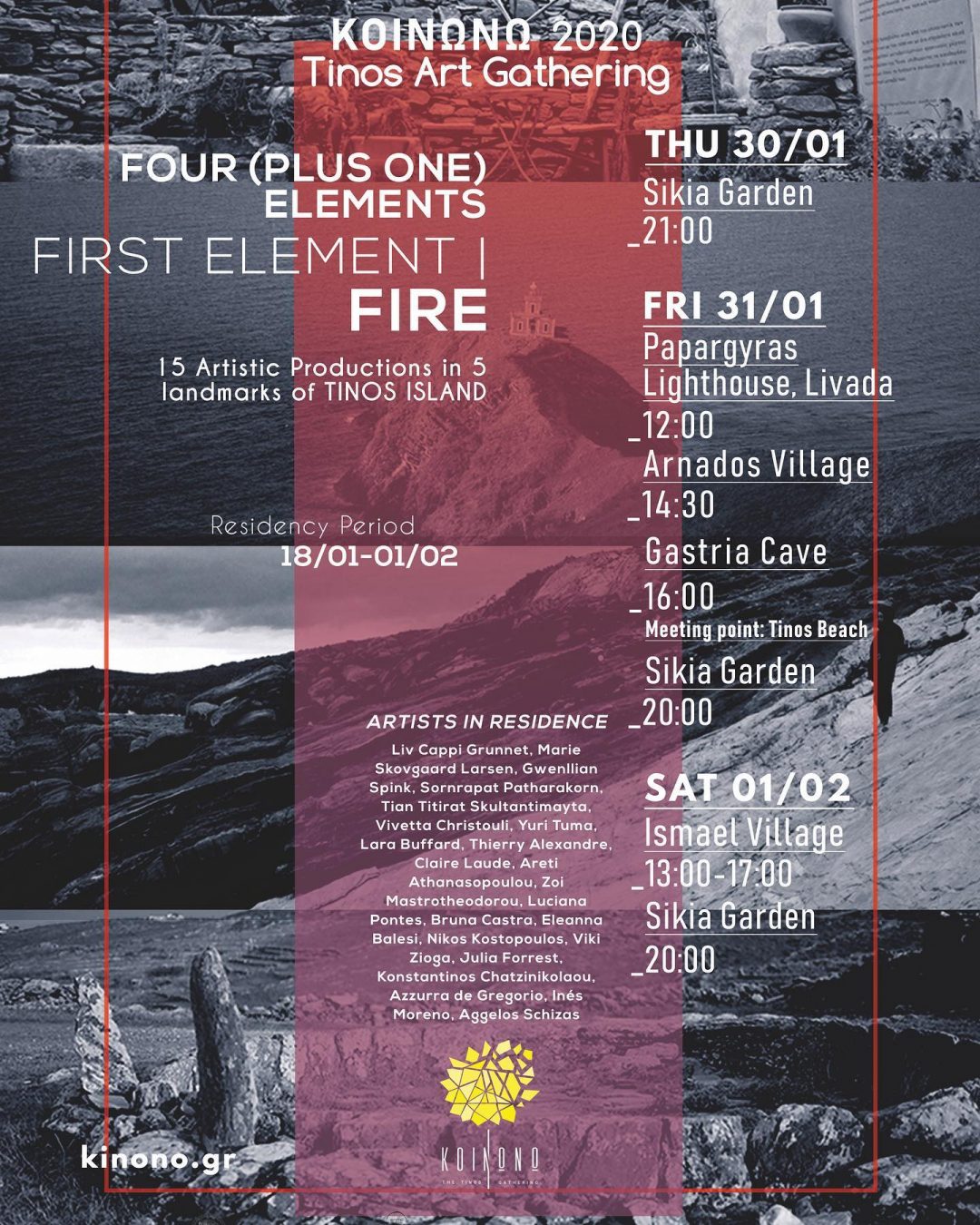