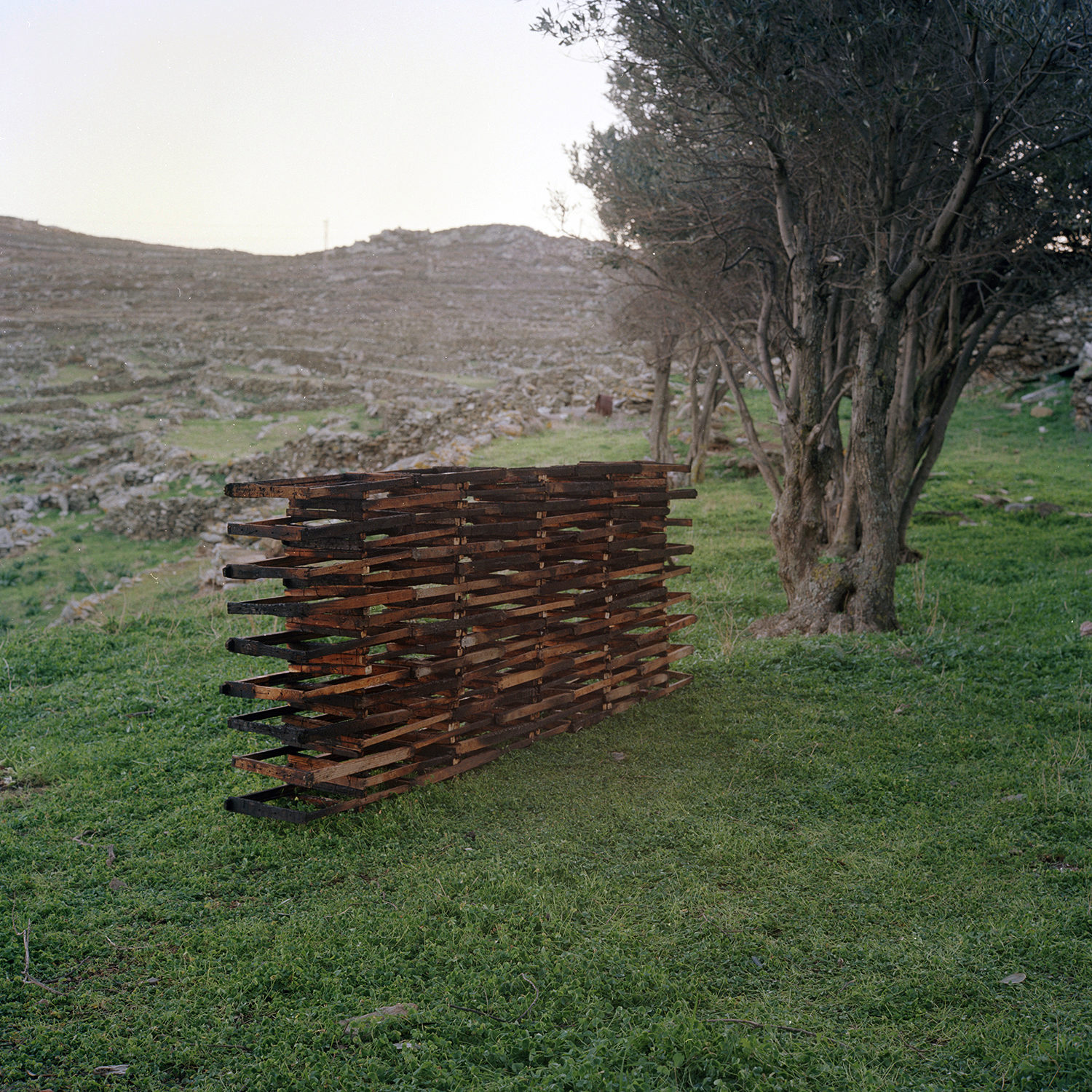 Work realized during the residency ΚΟΙΝΩΝΩ // Kinono 4 | “Four (plus one) Elements)”, Tinos, Greece

My work questions impermanence, and the notion of the process of time. I see time as a permanent cycle, evolving between construction and destruction. The installation that I have realized during the ΚΟΙΝΩΝΩ’s residency deals with the notion of disappearance; the ruins and of the decline of the bees.

Ismail is a village in Greece and was inhabited up until 1965. The environment was made up of terraces and the agriculture gave the possibility for families to live off the land there. Currently, as in other parts of Greece, the countryside has been deserted and the village of Ismail lays in ruins and neglect.

During the residency, I found a large number of frames used for the beehives and with them I built an installation. The installation is a fragment of a wall constructed from these frames, in the garden of a village house. I burned the frames to refer to global warming, as experts have shown that bees cannot survive, if the temperatures keep rising. The frames have been shifted and the structure refers to a stone wall. I installed the wall in a garden, in front of the terraces, where the beekeeping once activity took place. 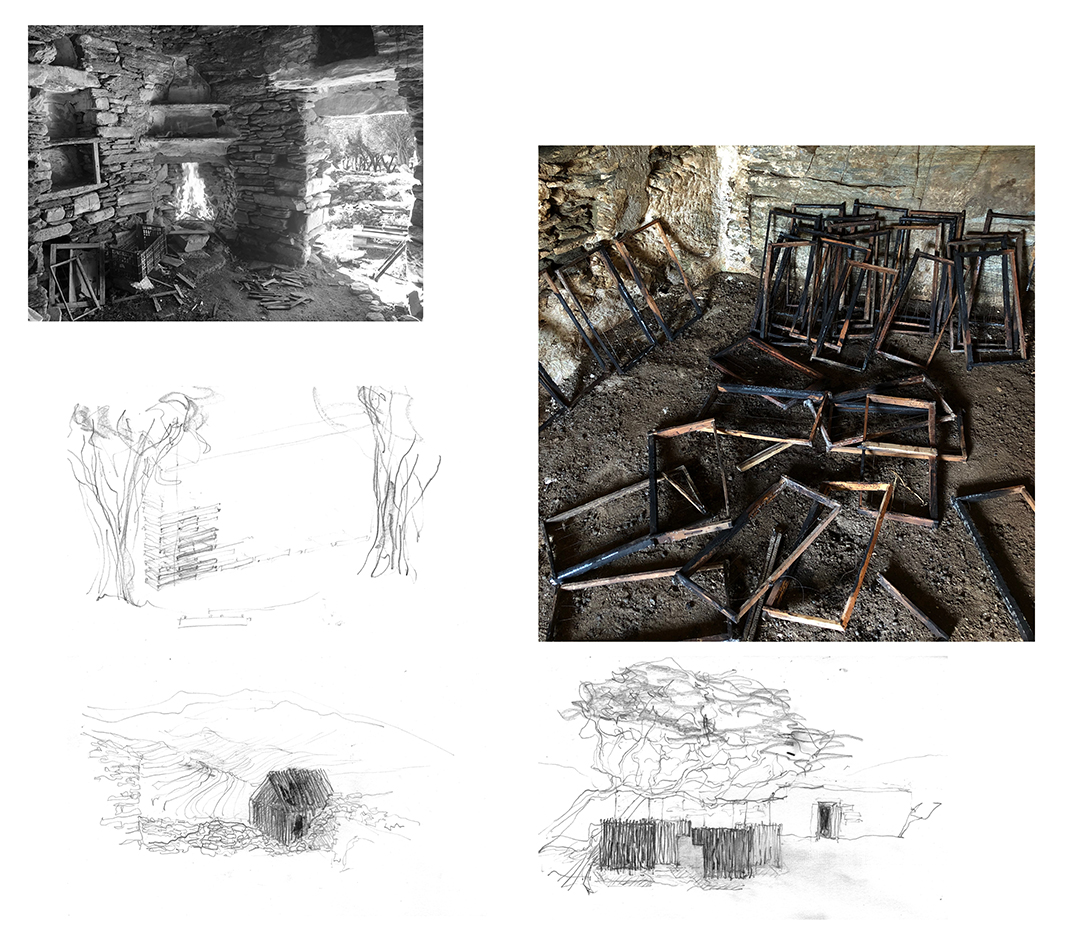 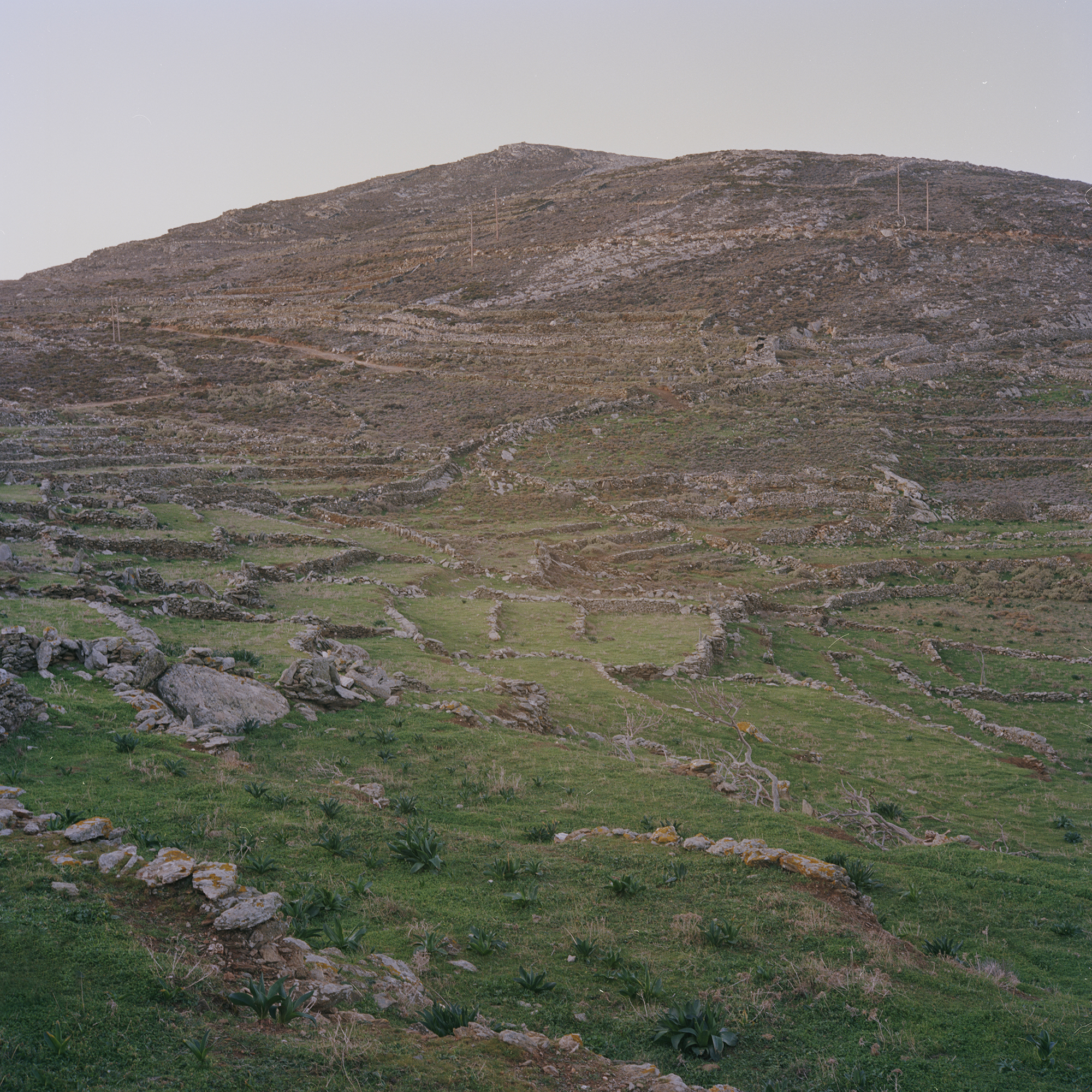 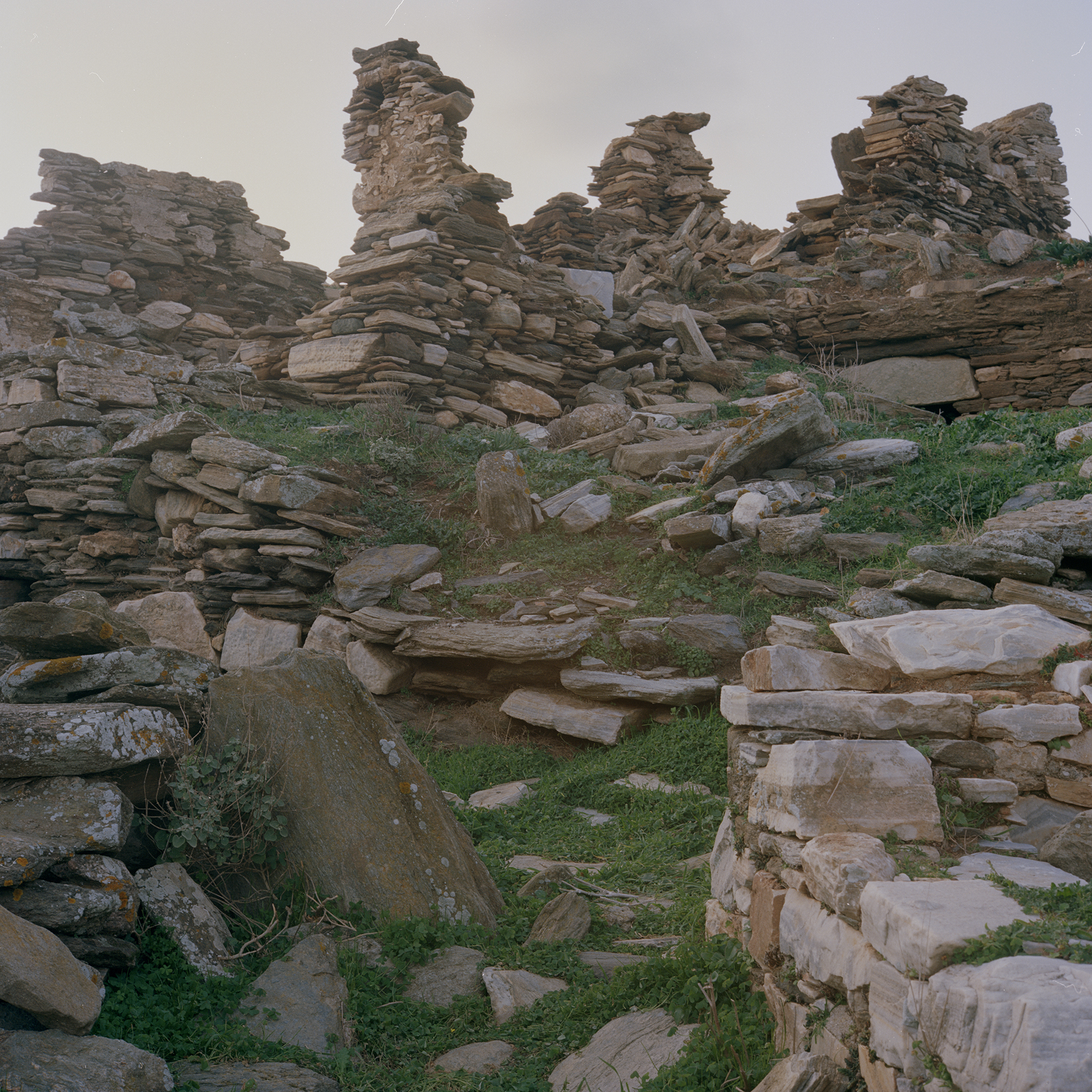